Too many people don’t know they have HIV. In the United States, nearly 1.1 million people are living with HIV, and almost one in five do not know they are infected! Getting tested is the first step to finding out if you have HIV. If you have HIV, getting medical care and taking medicines regularly helps you live a longer, healthier life and lowers the chances of passing HIV on to others.

For more information and the HIV and STD testing sites near you, visit this website…NOW!

If you can’t get to a testing center or have privacy concerns, there is a popular HOME test you can purchase: OraQuick In-Home HIV Test (about $40.00) which can be purchased at a local pharmacy-store near you. Check the web for other home kits.

This important note from someone receiving treatment for HIV: 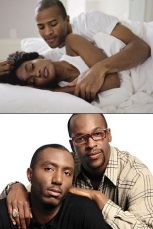 “Just because someone says he or she recently tested negative – and even shows proof – does not mean they may not be infected with HIV. [Consider the] window period for incubation…”

I got tested last month and was happy to learn that I was HIV NEGATIVE. I publicly reported the results for two very important reasons which you can read about here:

I hope each sexually active person reading this will be encouraged to get tested.
Now… be safe out there!

My HIV test came back today. It was negative. Kool!!  But why did I have to confirm and correct the Veterans Administration (VA) hospital nurse who called on how to report the results? 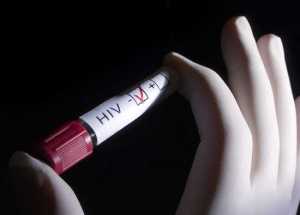 ***********
Readers, when it comes to a serious test like HIV, the word “normal” can have many  implications. Perhaps the word is commonly used in such reports but in the years I’ve been tested for HIV, today is the first time anyone in the medical field has said, “your test was normal”.

know a number of people who are living with HIV. You cannot just say to someone NOT affected with HIV that their test was “normal”. That could imply that they already have it and that current tests show that certain things are “within range” of expected normalcy for one living with and being treated for HIV. People with and being treated for HIV have to monitor certain blood cell count and activity and get constant check-ups to make sure any medications they are taking is working as expected. Their doctor has to determine that the infected person’s blood and the body are not undergoing some other physiological change(s) which could adversely affect the treatment or the overall health of the person who has HIV.

Before I go further, this important side-note is needed:
HIV (Human Immunodeficiency Virus) is not AIDS (Acquired Immune Deficiency Syndrome). There is a difference. People simply do not “catch” or become infected with AIDS; they are infected with HIV. HIV is a slowly replicating retrovirus that causes AIDS. HIV attacks your body’s immune system. The virus destroys CD4 cells, which help your body fight diseases. It can severely damage your immune system and lead to AIDS.  AIDS is the final stage of the HIV disease. This is the MAIN reason for getting tested regularly and, if found positive for HIV, getting treatment.  There is more than enough information on the web and in every medical office, hospital and most institutes of learning about HIV and AIDS, its symptoms and how it is treated. 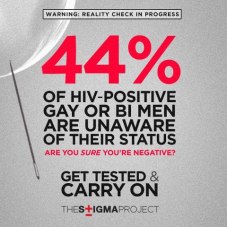 The reason I wanted to post something personal like my HIV test results is simply to share an important message:  NEVER let nurses or doctors give you a “matter-of-fact” report of any medical test you’ve taken, particularly those which may be health or life threatening. LISTEN carefully to what is being said to you. QUESTION, CHALLENGE and CONFIRM what you just heard so that there is no 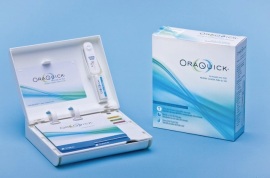 misunderstanding in your mind. If you choose to take the home HIV tests, such as the OraQuick Home HIV Test  for example, READ THE INSTRUCTIONS CAREFULLY for how to test yourself (and/or your partner) and how to determine the results of the test.

Finally, if you are sexually

active – be it daily, weekly, monthly or every six months or more, USE PROTECTION but [still] GET TESTED REGULARLY, especially if you should “slip up” (meaning you and/or your partner didn’t use a condom) which is the same as engaging in risky sexual behavior.  GET TESTED if you have any doubts about possible exposure to a STI (sexually transmitted infection) or STD (sexually transmitted disease).

Here’s a short video on how to put on a condom…correctly. You know, I always felt that men, not women ought to give such lessons, since WE have the “equipment” and since we don’t show women how to use a tampon, etc, but… after seeing this video, I’ll give the lady here a pass. Guys, even if you think you know how to put a condom on, watch it anyway; some of you might learn something new!

Now, let’s have fun and fuck…YES…by all means…but let’s do it responsibly! Your health and life… and that of any sex partner, may depend on it!