Spring. The first day of it is here; that is, if you follow the calendar date.

Early in my young adult life I’ve learned to not follow any calendar date for the beginning and ending of seasons on this planet. I suppose that’s because at age nineteen I began spending that life in military service where, for the next twenty years, I would live and/or travel to various parts of my country and throughout the world and experience differing time zones and climates. Damn the calendar date of when a season was set to begin or end. The question: Who is Man, this mortal creature who is powerless to control the very elements and weather around him, to dare make such a determination for when a season of Nature is to begin or end?
* * * * * * * * * * * * * * * * * * * * * * * * * * * * * * * * * * * * * * * * * * * * * * * *
Perhaps many centuries ago, recorded history shows that Man was near or on target with his predictions for when the changes of season would occur. However, in my lifetime – and perhaps some generations prior to my birth, records of various global changes reflect things happening on the earth that are altogether different thus somewhat proving how Man has been off target with his scientific season predictions for many years! As such, I ignore media hype about the “first day” or “last day” of any particular season. I think we all should let Nature do her thing and remove from our calendars such planned schedules of the seasons. But enough about all that! According to the calendar *snicker*, today – March 20th, is the “first day” of SPRING, baby! That means that in some parts of the world – or at least here on the upper part of the Western Hemisphere, we can look forward to warmer temperatures to arrive…uh …soon.

Mother Nature and her Children, The Seasons –
Mother Nature follows no calendar of Man. She simply prepares parts of the world as she sees fit (just like a woman). Is it any wonder we call her Mother Nature in the first place? Surely, she knows best. While Nature often works in concert with her husband – the respected, yet sometimes ignored (by both Nature and Man) entity we call Father Time, 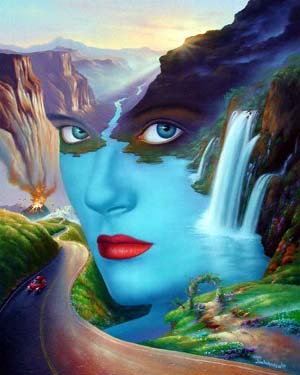 Nature in her own way looks at each “room” of the world and determines whether she should heed Time’s plan and schedule for when one of their children, the Seasons named Spring, Summer, Autumn (aka Fall) and Winter, should stay put, be sent in specified “rooms” or parts of the earth or be allowed to roam free wherever. Sometimes Nature allows one or two of her children to play in specially selected areas of the earth while other times, she might allow all four of them to play – but in careful rotation. Remember: Nature rarely ever allows all four of her Season children to play in all areas of the world at the same time. Sometimes this is a good thing (for Man) and other times…well, she just has her reasons (just like a woman). If at least two of the Season children play in or near the same area around the same time, it is Man who is adversely affected by the disasters that often occur. If you don’t know this to have some truth then you haven’t been paying attention to what’s been happening on the planet Earth over the last few decades. That ignorance might also mean you didn’t pay attention in science class in school, to the weather media or that you might be too young to be reading this blog!

Father Time –
It is Mother Nature, not Father Time, who determines when, where and for how long one of their four Season children should play on parts of the Earth. You see, Father Time has equally important things to do and look after – some of which is not popular, pretty or appreciated by Man. Let me break this down:
Think about man-made expressions like: “timely manner, timely fashion, timely death or birth, timely happenings or occurrences, not enough time, too much time, equal amount of time and the sort. Think about man-made things like: clocks, calendars, schedules and planners. 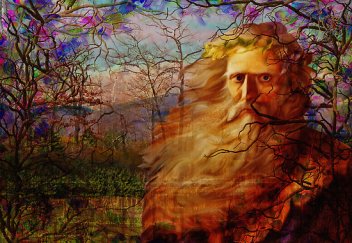 Also consider man-made words like: due, past due, overdue, late, lateness, and tardy. Finally, consider entities like: seconds, minutes, hours, days, months, years and the like. All of those are the illegitimate children of Father Time and/or Man. Mother Nature had nothing to do with all that which is exactly why her job is easy – to some degree. Man sometimes makes Nature’s job hard because since his existence, he has been in constant battle with Mother Nature in that he is always trying to wrest control of the..uh, natural order of things. But Nature is usually fair, kind and resilient. In her wisdom she knows that it is to her advantage that she and Father Time – and that meddling stubborn mortal creature called Man, work together in harmony for the benefit of all living things. Of course Man still uses science to predict when Nature will do something. What he (Man) always fail to realize is that, like Father Time, Man is always planning and predicting and usually not being carefully mindful or respectful of Mother Nature – who already has something “cooking in the kitchen”.

When men act that way – even with the best intentions, it can piss off even the most patient of women. Mother Nature is no different. Thus the adage, “Hell hath no fury than a woman scorned (or ignored).” Many of us have seen, heard or unfortunately experienced the effects of a pissed off Mother Nature. Finally, both Father Time and Man always forget that Mother Nature will allow daughter Spring – and her other three children, to play in certain areas of the world when she (Nature) is damn good and ready. (Again, damn whatever the calendar says about the arrival of some season! Remember; the calendar date of a season is set by Man and Father Time’s schedule; it is not Mother Nature’s schedule!) Since it’s “officially” Spring by Man’s calendar, and since we are having longer daylight hours, I must make a brief digression. 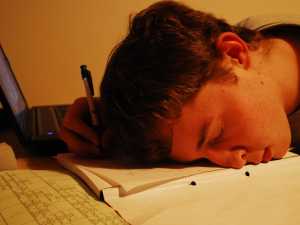 Give me a fuckin’ break! It’s only a change by one hour! Some of our fellow citizens wonder why the United States bothers to observe or participate in DST. I’m often amazed how much I was taught in school versus what younger people are not taught in school anymore. With the internet, all one has to do is “Google” the history or origin of Daylight Saving Time here in America and BAM!! The information is right there for any person with any decent literacy skill to read. Here you go: I’ve done the work for you! Just click The History of Daylight Saving Time and learn a thing or two about Daylight Saving Time. Much of what is written at the link was taught to me back in the late 1960’s/early 1970s when I was in elementary school!

Many of the people who childishly complain about our semiannual one-hour time shift must have poor time management skills. That’s about the only reason I can think of for why they complain about the time shift twice a year. Perhaps some of them have never lived or traveled through multiple time zones. Perhaps they have never had to move to and live in various parts of the country or the world where they had to adjust their clocks.

Perhaps they’ve never allowed for the gradual adjustment of their internal body clock to become accustomed to time changes. Depending on where one lives or has to travel, the shift is at least an hour or two difference either way. Simply go to bed earlier or take a nap. I don’t know what problem other people have with the twice-a-year time shift (other than poor time management as noted earlier). I’m simply thankful and fortunate that military service has allowed me the experience of various time changes which only came by the necessity and nature of my job as a military serviceman at the time. I simply adapted and learned how to make adjustments. That experience has helped me to respect and appreciate the benefits of having DST in the U.S. especially when we revert to standard time later in the year.
Ok, digression over.
* * * * * * * * * * * * * * * * * * * * * * * * * * * * * * * * * * * * * * * * * * * * * * * *
I was inspired to write this humorous article regarding my thoughts about seasonal changes by an article written by my friend and fellow blogger Roger P. On his blog, A Guy Without Boxers, Roger describes in excellent detail the meaning of what the dawn and presence of the season of Spring means. It’s a very positive and upbeat article; one in which I totally feel him on – EXCEPT of course, the date of it being Spring. Sorry Roger and fellow readers but I’m sticking to Mother Nature’s schedule and will wait until she allows her daughter Spring to actually arrive here in the Midwest. 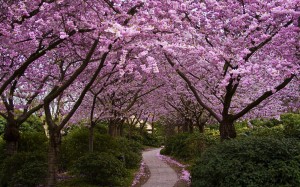 As Roger so amply described, the season of Spring will allow us to see the gradual change of the seasons. However in my area, I think that if Spring is in fact here (by the calendar date) then she must be working on her father’s (Time) schedule and not that of her mother (Nature). That also means she’s playing with her brother Winter at the same time here in the Midwest. Until Winter is called in by Nature, Spring won’t be allowed to blossom and fully do her thing. In fact, I don’t expect Spring to truly manifest herself in my area for at least a few weeks more.

As far as I’m concerned, Nature’s son Winter is still here in Saginaw, Michigan and the rest of the Midwest.

In recent weeks and up to this day, we have been experiencing various degrees of winter temperatures. There have been day temperature highs ranging on average between 30 and 47 degrees and night temperature lows ranging on average between 20 degrees down to 6 degrees. This varies throughout Michigan and the rest of the Midwest. Earlier this morning I read on the Weather Channel that the East Coast is expected to get hit with a major cold air snap and/or a snow storm next week. (Reference here)

That sure as hell doesn’t sound like kid Winter is about to take a hike! According to Father Time and Man’s calendar, it is March 20th and Time’s daughter Spring is here. Yeah, right. So is her brother, Winter since I still see a sea of white when I look out my window and I have to wear long sleeves, a sweater, and put on a winter coat with knit hat and gloves before I go out!

I don’t know about anyone else but so long as it’s freakin’ cold here, especially at night. I can still freeball but I can’t trim down the hairs on my ballsac just yet or break out the flip-flops and sleeveless t-shirts. Oh, but I can still stay naked in my warm home!

P.S. A hearty happy Spring to all my readers …and especially to my naked blogging brother, Roger P. of A Guy Without Boxers. Thanks for your unique welcome of Spring and for the inspiration to write this article!