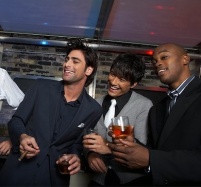 I wish I had a regular drinking partner. I missed the good old days when me and a Navy buddy would go to the pubs or visit either one’s residence and just be guys; shooting the shit, laughing, play a few games of chess, listen to blues and jazz and share some serious things on our minds and … drink. And drink. And do shots of schnapps.
And drink again.

Many men often used drinking with good friends to share, discuss and sometimes help resolve various issues which bother them or which have long plagued their souls. Drinking alcohol has been a form of male bonding since men first created beer, wine and other hard drinks to be a beverage many thousands of years ago. I say it is an honorable male rite of passage for many young teen boys – if properly guided by a responsible adult. I was introduced to alcohol at age 15. Drinking alcohol is an integral part of male bonding but is not necessary to be considered manly or masculine. Male bonding is often established and cemented through drinking alcoholic beverages. I’ve found this to be true and deeply appreciated and respected. 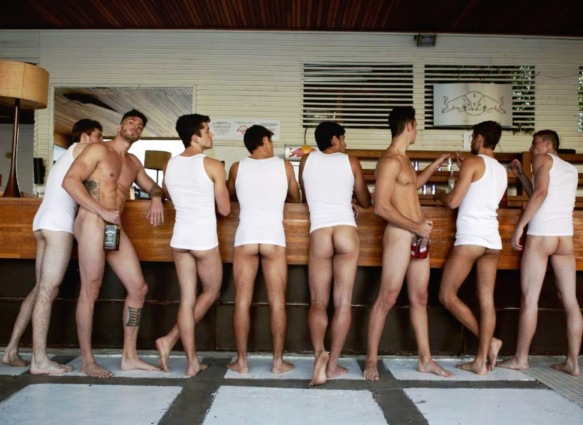 There are some downsides to drinking, true – but then anything done in excess or irresponsibly by humans can get out of hand or abused. I try not to think on that level but that doesn’t mean that I ignore or dismiss such instances. I simply don’t choose to live my life thinking how bad or dangerous certain pleasures in life can be. Fuck it. Call me a risk-taker 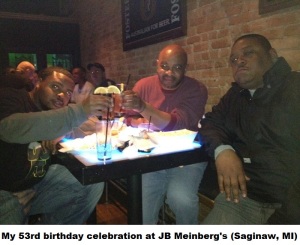 if you want; for in truth with certain vices such as drinking, recreational drugs, sex and just being a strong, confident Black man in America, I have in the past and here in the present, indeed taken many risks. In the nearly forty years that I’ve been drinking beer, wine, hard liquor and what-not, I’ve never once gotten in a fight or lost my kool while under the influence of alcohol… although I have helped break up a few fights. It’s sometimes what I do when people I know and love get mixed up in something like that. It’s the bro-code of old school. I don’t expect many reading this to understand.

In the military, I proudly confess to having “contributed to the delinquency of a minor”. Those “minors” would be the young men in my military command who worked for me but who were not legally “old enough” to drink. Yes, I bought them beers and other drinks but I always 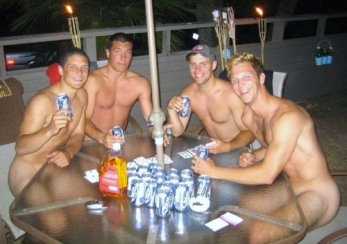 looked out for those youngbloods because they were good people who worked hard and had my deepest admiration and respect – even if a few of them called me “asshole” behind my back or under their breath when I gave them an order they didn’t like or when I would deny them some requested privilege. The mantle of good leadership often means having to say No and/or impose discipline when and where necessary. My men understood that, even if they didn’t like it. I knew I had their respect and that’s truly all that a leader of others needs from his subordinates. Yeah, those guys honorably served this country with me too. Who would dare deny a 17, 18, 19 or 20 year-old serviceman a drink if he wanted it?

As for me, I have done some crazy wild shit

under the influence of alcohol but everything I did – or that I can remember doing – or that I was told I did, was all done in fun and silliness but while in the company of trusted people.

This was a simple flashback to pleasant times I’ve had concerning drinking. I’m not advocating that people drink but I won’t ever tell someone to never start or stop drinking either. I was fortunate to be taught how to drink. Yes; in some cultures – or in my case, 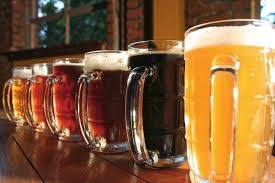 in the hoods of Philly, responsible people who drink can and do often teach the art of drinking. For example, one can learn the differences in something as common as beer. Everything that looks like beer on TV or on the shelf in the neighborhood package store isn’t exactly beer. One can learn how to tell – almost by taste, the difference between a stout, a lager or ale. But I digress. 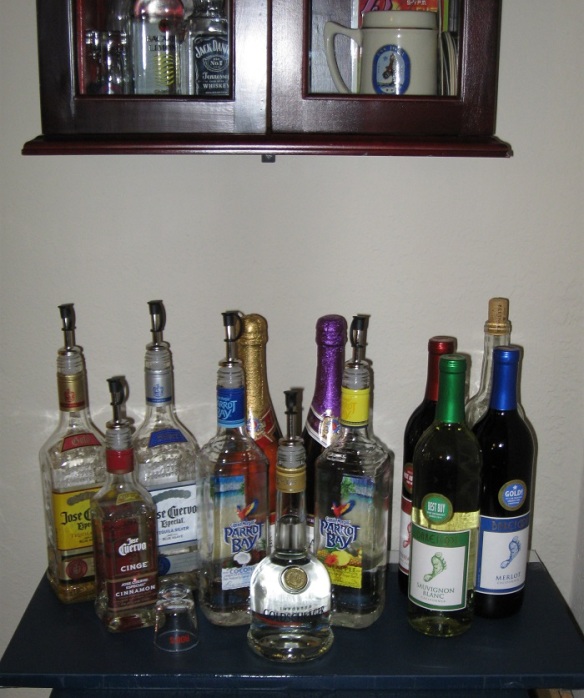 The picture above is of my humble little bar. Above it is the cabinet for my drinking and shot glasses and a few glasses for beers. Beer mugs, wine and champagne glasses are kept in the kitchen. The alcohol you see sits on top of a mini-fridge that’s larger or almost twice the size of those tiny college dorm cube refrigerators. The fridge is strictly for alcohol and soda. It’s usually – if not always, stocked with a few bottles of wine, wine coolers, soda, Red Bull, Jägermeister, vodka, coconut rum and maybe one or two other things. 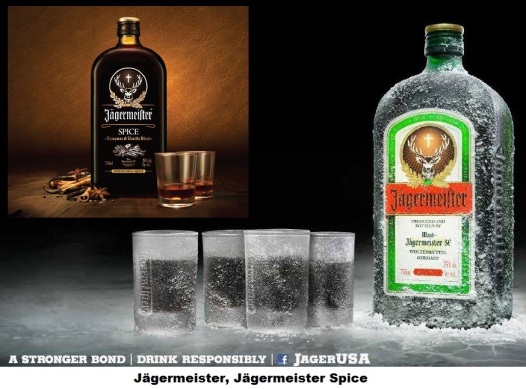 There is always (always!) beer in that fridge for I was taught as a teen that a good, true man is to always keeps something drinkable that’s five percent (5%) alcohol or higher in his home for those times when another man makes a planned or unplanned visit; to serve as an “ice breaker” with male strangers; as a bargaining chip to get a small or unique favor I want or need done; and/or to offer as a token of appreciation for that special favor that was done. And regarding Red Bull: that shit is expensive for it to come in such a thin can. It does nothing for me by itself but I do keep it to make Jäger-bombs for myself.

If you drink – whether alone or with friends, do this one thing for yourself and for others: drink responsibly.

6 thoughts on “Drinking – A Part of Male Bonding”