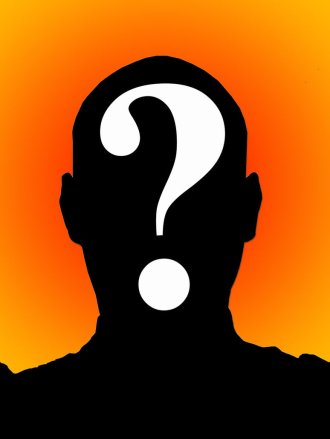 Welcome to a new (and possibly limited) series I’m simply calling K-QOW or Keepin’ It…Real’s Question of the Week!

Occasionally, I’ll post certain questions which come to mind (randomly or based on experience) , which people have asked me directly or which I found online on some social media (like Facebook) to which I have responded. The comments/responses to the questions are strictly my frank yet well-thought out opinion, based on personal experience, education, observation and/or discussion with others – as is most things written in this blog and, depending on the nature of the question, may even reflect some very factual, yet personal information which I felt comfortable in sharing.

Feel free to leave comments in the discussion block below but remember my rule about respect and decorum of others who post opinions which may differ from yours. There is no need to get nasty or insulting. Any comment deemed to be such will simply be removed. Let me give an advanced apology now to commentators for the words of the assholes who might eventually find their way here.

MY COMMENT:  Here’s when we get into labels. I hate labels, yet the question on that issue is not unique.  It also goes into the issue of the concept of sexual fluidity (which I’ve talked about briefly here.

Check it: I cannot say, and no one else can ever argue, that the man (or woman) who has gay sex but also engages in sex with the opposite gender is truly bisexual. On the “outside looking in”, so to speak. most people would probably “label” such people as bisexual. Again that is on the surface. Bisexuality, like other sexual orientations involves emotions and feelings for another person; it is not necessarily about the sex act itself. This is what many ignorant people feel about homosexual or gay people. They tend to think that all gay men and women ever want to do is have sex with someone of their gender. Such people end to forget (or ignore the fact) about the feelings and emotions that are often involved in the attraction a gay (or bisexual) person may have for another.  To answer this question further, a gay man who has occasional sex with a female (or gay female with a male) is identified however that particular gay man (or woman) happens to feel. It is not how we might think or feel about that person regarding his/her sexual actions. If a gay man chooses to identify as being gay (and his natural sexual orientation has always been gay) but he likes some occasional pussy – for whatever reason, then I’d say that under the concept of sexual fluidity, only that man can set such a sexual identifier within himself. The same applies to the lesbian who likes pussy but has enjoys some dick on the side.  And the same can be said of heterosexual or straight people. Straight people are not natural oriented to same gender attractions. They identify as straight but some have been known to dabble or “experiment”  with a little homo-sex activity – on rare occasions. Of course, they often don’t tell no anyone about it but straights have been known to admit they’ve engaged in some homosexual activity yet still (and rightfully so) and again, under the concept of sexual fluidity still identify as being straight. This happens all the time!  It’s simply a matter of people liking what they like sexually. The labels need to be done away with!

Remember:  When we say/argue there is fluidity in sexuality, that  includes there being fluidity in heterosexuality, homosexuality, bisexuality and perhaps even asexuality. Although, with regard to one who is asexual, I would imagine that would be somewhat improbable (but not impossible) since an asexual does not, as a rule or condition of birth perhaps, holds any desire to have sex or has sex often. Still it doesn’t mean that an asexual person does not or will not make certain exceptions as their physical (or limited sexual) needs demand.

People might have sex on what I’d call a “measuring degree”. For example, a bisexual person is emotionally and physically attracted to both genders but not always equally! Many are attracted or engage in sex more towards one gender than the other, making the chosen gender the more-dominant and preferable gender with which to have sex. It makes the bisexual no less bisexual if he/she meets someone of the less-dominant attraction and develops genuine feelings, emotions and sexual desire for that person. This is how many bisexual men and women can so easily marry someone opposite their gender and stay married to that person for years. Once the marriage is over, either by stalemate in the relationship, divorce or death, the options of the bisexual person is increased since he/she is no longer in a committed relationship. (Cheating bisexuals is a completely different matter.)

With regard to the homosexual, he (she) naturally will have and even prefer his (her) sex with men (women) true; but occasionally – or as a means of sometimes simply liking sex with the opposite gender, some gays or lesbians will choose to have sex with the opposite gender if they just feel like having sex. It makes him (her) no less a homosexual and it does not necessarily mean that the homosexual is in fact a bisexual person – only that the homosexual is performing in a bisexual manner. There is a HUGE difference in this activity if there are no actual feelings, emotions or attractions involved!   The gay man, the gay woman is simply meeting a physical, sexual need by any means necessary if their preferred same-sexual outlet is not available. If you happen to be in the position of having sex with someone whom you know to be gay or lesbian, you must consider yourself a tool for their sexual needs. There is no shame in that since you are providing a (hopefully enjoyable) service for both your body and that of the homosexual.  The gay guy or lesbian however, still gets to keep their “gay membership” card…and you, if naturally straight, get to keep your “straight membership” card! Just keep your damn mouth shut!

Since many gays and lesbians – and straight people too – are ignorant of the concept of sexual fluidity, they tend to selfishly frown upon members of “their kind” sexing people of the opposite (or same, if straight) gender.  Because of this, I  think it is best if that particular homosexual or heterosexual person who chooses to “color outside the lines”, simply keep their sexual proclivities quiet.  And remember: in ANY sexual activity, always be safe!